This was our second to last full day in NYC and this was one of the hottest and busiest by far.  We got up a little earlier than usual so that we could head back down to Rockefeller Center and have a shot at seeing the Today show cast and the possible chance to be on national TV as the cameras panned the crowd.  I was a little afraid that it was going to be a zoo down there because both Crystal Bower.sox and Lee De.Wyze were going to be on the plaza performing.  It wasn't too bad.  Although there was a line already forming for the Today Show Concert Series Friday performance featuring Justin.Bieber.  I couldn't believe it.

It was really cool to see them perform.  It was even cooler to get to see one of them up close in person.  Crystal went the other direction to greet the crowd but Lee wandered down to where we were and I got some pretty good photos of him. 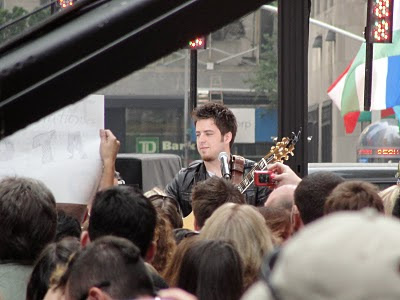 This was a picture of Lee performing and me using my nice zoom lens. 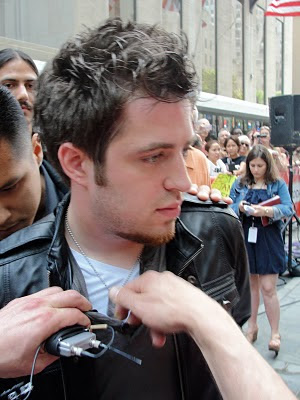 This was not taken using a zoom.  I could reach out and touch him if I wanted to.  He was really nice and humbled that there were so many people there supporting him. 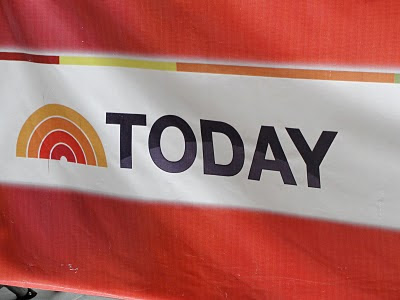 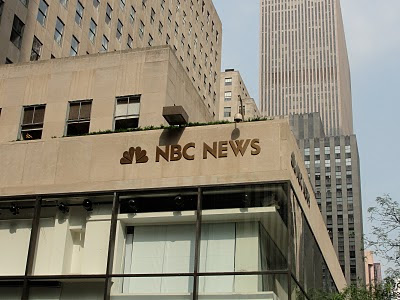 Unfortunately, we only got a brief glimpse of Meredith.Viera and Ann.Curry.  I think Al was off on assignment and not sure where Matt was.  Maybe he was there.  The bummer is that I didn't get any photos of the Today Show morning crew.  I was hoping.  The good news is that thanks to a group of girlfriends that were there and their sign, we made it on TV.  My mom and Eriks both saw us.  They didn't think it was going to happen.  The bad news is that Lane and I at the last minute the night before decided not to set our DVR via internet to record it so we could watch ourselves if we in fact made it on TV.  Still kicking ourselves for that move.  Oh well.  I guess it means we'll have to go back to NYC and try again!
After the concert was over, the crowd pretty much left because that was the end of any outside activity.  So we then headed to the American Girl flagship store and bought some stuff for Emi's Itty Bitty Baby Doll and then headed to drop it off at the room before going to the subway station and heading down to Battery Park to head out to the Statue of Liberty and Ellis Island.
The subway has changed a lot since I last rode it 15 yrs ago.  The subway stations are cleaner and I felt safer.  Granted I'm sure there are areas where that isn't so but I had been in the same places as last time and I wasn't so scared.  It did help that I had a man with me too.
As I said, it was really hot in NYC that day.  I thought I was going to melt.  Once we got to Battery Park we saw a mounted police officer and I just had to be the typical tourist and take a photo.  I also got to pet the horse.  He was really sweet. 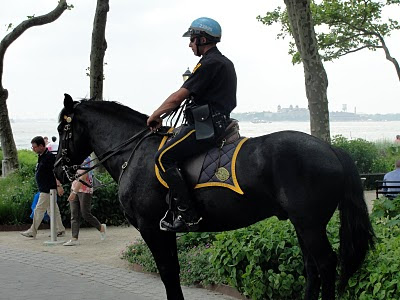 Both Liberty Island and Ellis Island were pretty cool places to walk around and thankfully there was shade!  One of the real reasons for heading to Ellis Island was to see if I could dig up family history.  My mom told me that when her family came to the US they came through New York City and possibly through Ellis Island but she wasn't sure since there was no documentation in any of the papers my grandparents held onto.  So my search was on.  The problem I ran into at Ellis was that their archives only documented arrivals up until the 1930's or 40's.  I forgot which.  The staff there pointed me in the direction of the National Archives in the city - which was on the agenda for Friday as it was nearing 5 pm when left Ellis Island. 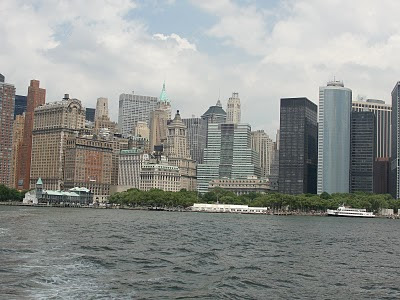 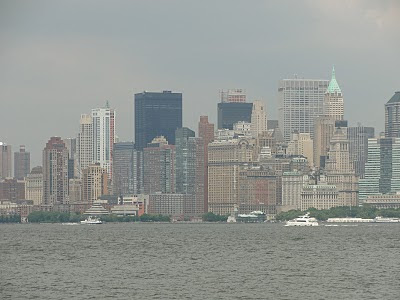 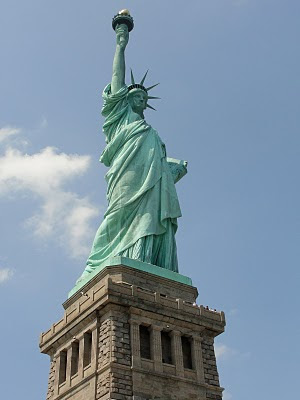 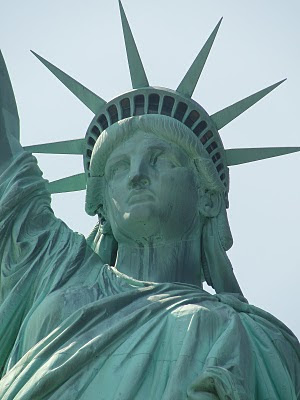 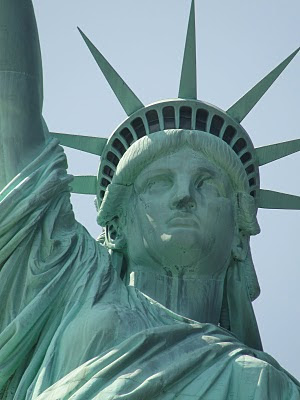 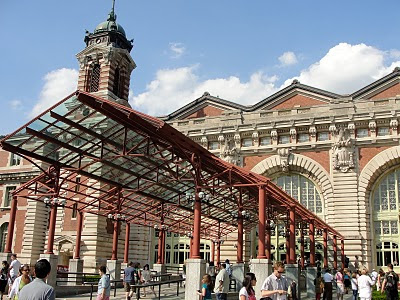 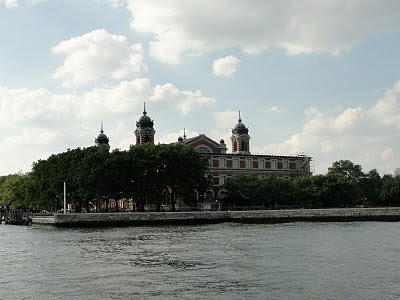 After the very long and hot afternoon at the Statue of Liberty and Ellis Island we headed to Star.bucks when we got to dry land.  We needed a cool air conditioned place, some water and a place where we could use WiFi to figure out how we were going to get to dinner.
We decided to go for Chinese.  I had watched a show on Food.Network called "The Best Thing I Ever Ate..." and featured said Chinese restaurant.  So after several subway trains and a few blocks, we made it.  The trip was well worth it.  Everything we ate hit the spot.  I would like to return when we go back to NYC again.  Here are a few photos of Lane and I at dinner. 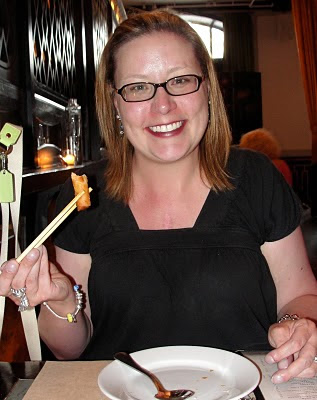 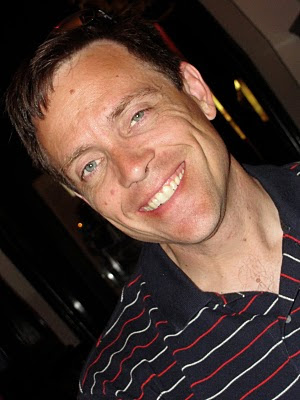 By the time we got done with dinner, the sun was starting to set as we walked back to the subway station.  And it was definitely dark by the time we got back to Times Square.  We hung around there for a few minutes but headed back to the room.  We were hot and tired and wanted some time to relax after spending the entire day on our feet.
Posted by Liene at 6/26/2010 11:03:00 PM