I spent about 5 minutes trying to come up with the title for this post and finally went for simple.  Why did it take me 5 minutes?  Well, I didn't know how to title a post about what I'm about ready to talk about.  I'm still not handling it well.  There's a piece of my life that's gone.  Missing.  And I won't ever get him back.

On December 23rd, our beloved black Labrador retriever, Sydney, died in his sleep.  We knew his time was coming.  Life was getting more difficult for him.  After all, he was 13.5 yrs old.  If we do the calculations as to how old he was in dog years, he was almost 108.  He lived a long, full life and for that we are thankful.  However, we had hoped that he would've waited until after the holidays to die.  We are also thrilled that we did not have to make the decision to put him to sleep and take his life from him.  I couldn't imagine having to be in the position to do that.  I have to give kuddos to those of you who had to make that very difficult decision.

I cried until I was exhausted.  And then the next day, I got horribly ill and was sick for the next few weeks.  What a way to spend Christmas.

We got Sydney when he was about 12 weeks old.  He was the dominant dog in his litter and he showed that throughout most of his life.  We were living in Mississippi when we received him from the breeder.  When he arrived at the airport he was actually very, very sick.  The airplane made a stop that the breeder was not informed of and was unloaded onto the hot tarmack and given a bucket full of water.  The heat and the water made him very sick and when I met him at the airport, he was having seizures.  I found out where the nearest vet was and took him there.  The vet didn't know what was going to happen to him.  The doctor informed us that he could die.  He could have serious brain damage.  He could have seizures the rest of his life but they were going to do everything they could.  They started an IV and were administering fluids.  I ended up going home to wait.  Later that afternoon, I got a call from the vet.  He said something along the lines of, "Ma'am, I've never seen this before.  He was seizing and we tried to do what we could.  We finally made the decision to try a dose of glucose.  Within minutes his seizures stopped.  He stood up and started looking at us like, 'Hey, what's up?'.  It's as though nothing was wrong with him.  We want to monitor him overnight.  But you can come get him in the morning."  Syd never had another seizure and had absolutely no brain damage.  He was so excited when we came to pick him up.  Life with Syd went on from there.

Syd was a dumpster diver as we called him.  Even up until a few days before he died, he'd stick his nose in the trash can looking for goodies.  One of the funniest memories I have of him was when he was about 4 months old.  We had a wooded area behind our house and all of a sudden we see this puppy dragging this 8 foot long tree limb by his mouth across our back yard.  This limb was about 5 times his size but he had no problems bringing it to us.  It's almost as if he was trying to say, give this one a toss for me!

Syd was always a gentle easy going dog.  When Eriks was a baby he'd climb all over him and Syd could've cared less.  He always had this, "meh - whatever" look on his face when Eriks was messing with him.

Life is so weird without him.  Almost wrong.  I walk by the stairs and look up in hopes of seeing him laying there at the top.  He loved having a bird's eye view of the house.  I miss the sound of his tags clinking together when he scratched or shook himself out after standing up.  I miss his bark.  I miss the way he'd cock his head when you asked him if he wanted to go for a walk or if he wanted food.  I miss his smell.  The sound of his breathing.  It's amazing how attached we get.  When he died, it felt like a piece of me died.

We got his remains back from cremation about 10 days ago.  He sits on our mantle for now.  We might find a different place for him when we move.  For now though, it's nice that he's in a prominent place and I can look at him every time I walk by.  Getting him back in his wooden box really made his death final.  After we took him to the vet for cremation, I did spend about 30 minutes saying goodbye to him there.  I so badly just wanted to get up on the table with him and lay down and hold him.  The next day, I felt guilty.  Weird I know.  But I felt like I didn't spend enough time saying goodbye and I felt a little bit like I had abandoned him.

Gabby our other dog has been quite mopey since his death.  She's lost her companion.  When we leave the house she stands at the door between the house and the garage and has this horrible look of disappointment on her face about being left alone.  She's getting better but I know she's wondering why he's gone and why he's not coming back.

Syd, wherever you are, we loved you so very, very much.  You will always be a part of us.  You were one of the best things that happened to us and we will cherish every memory we have of you.  You endured so much with us including 5 moves and always easily adapted to your new surroundings.  Thank you for the 13.5 years you were with us.  You made our lives more complete with your companionship and unconditional love.  We will meet you again one day on the other side of the Rainbow Bridge. 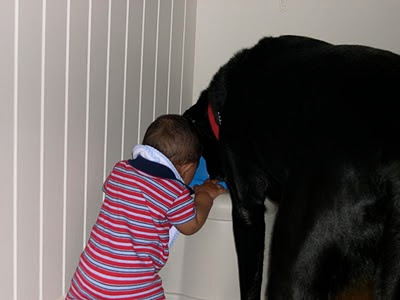 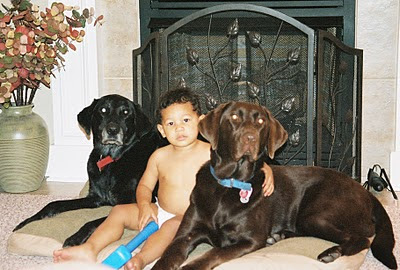 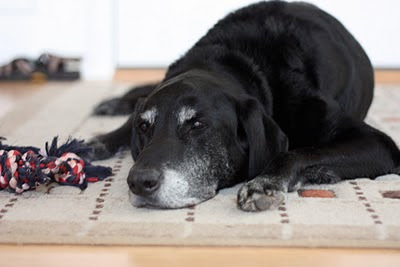 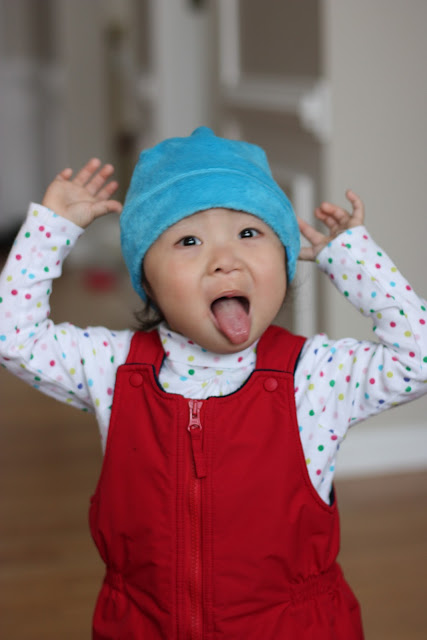 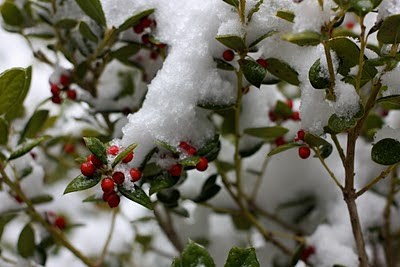 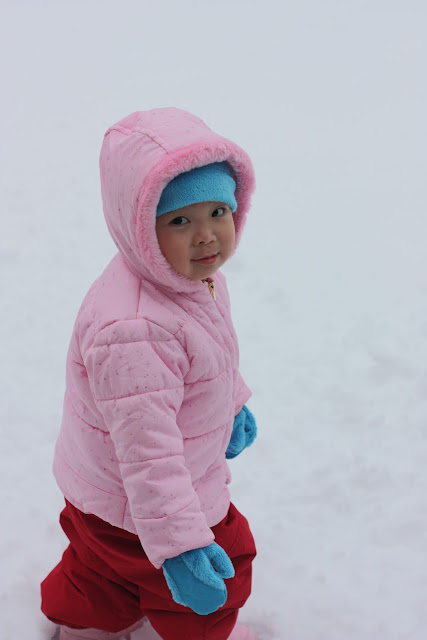 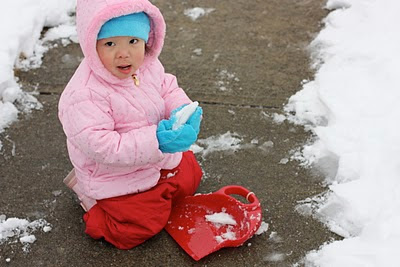 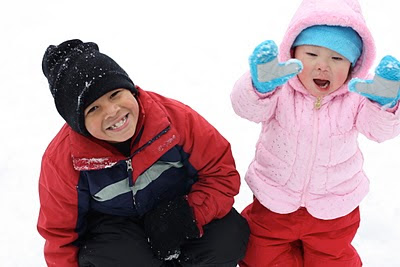 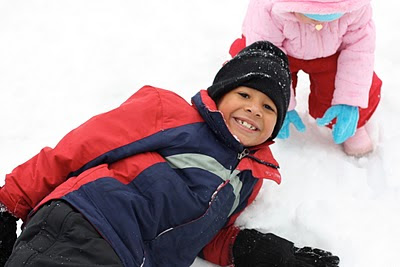 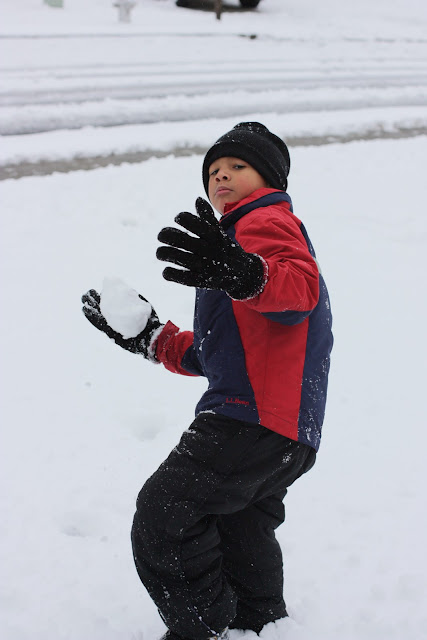 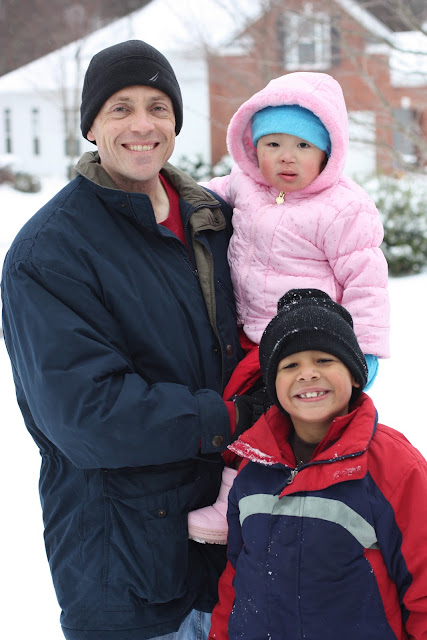 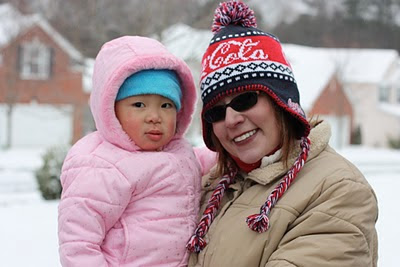 Happy New Year Everyone!!  We had a very rough end to 2010 but I will discuss that in another post in the future.  Eriks went back to school today after a little over a 2 week break from school.  I'm happy but sad that the winter break drew to a close.  Our Christmas decorations are still up and will come down this weekend.  They haven't even been up a month and I'd like them to hand around a little bit longer.

Eriks chose to have his birthday at a bounce place.  The staff there was fantastic.  They did all the set up, clean up, running the party, etc.  All we had to do was show up, provide cake and pay for it.  So worth it!  The 14 kids in attendance had a blast.  They were all drenched in sweat after bouncing their little hearts content.  They then gobbled down pizza and cake and watched Eriks open presents.  In my opinion this is the best birthday party Eriks has had.  He couldn't stop talking about it.  Here are some photos of the event. 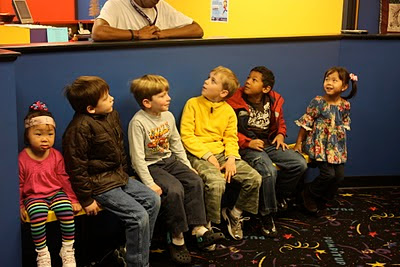 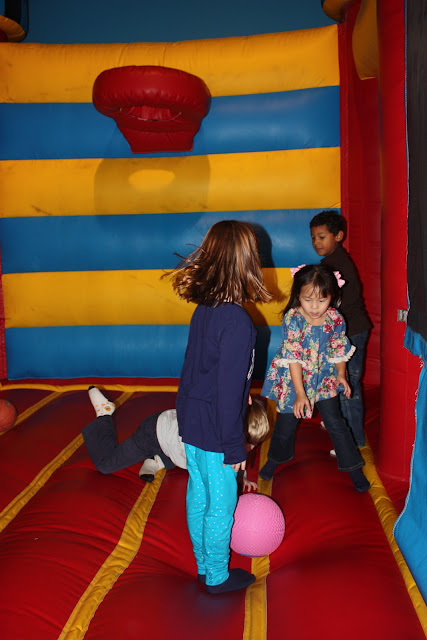 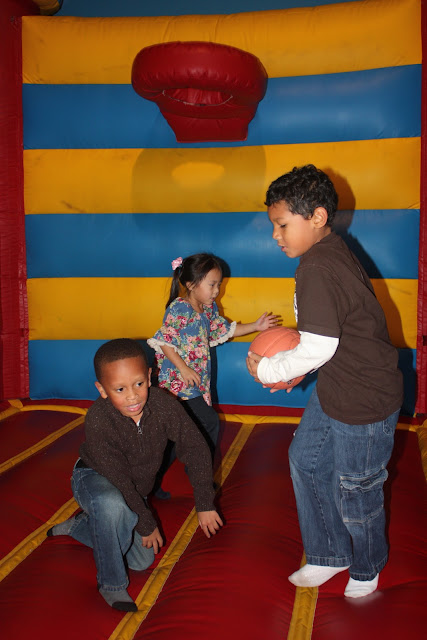 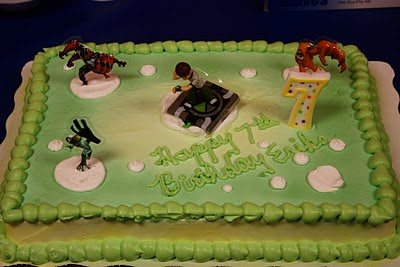 Eriks wanted a Ben_10 cake so he got it! 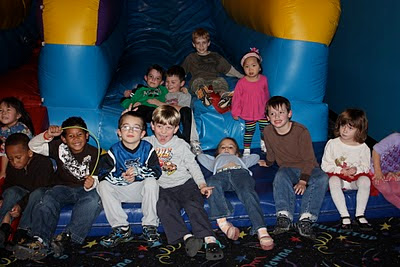 I tried to get a good photo of all the kids but it's impossible
to get 14 kids who have been bouncing for 1 hr and 20 minutes
to sit still enough for a photo! 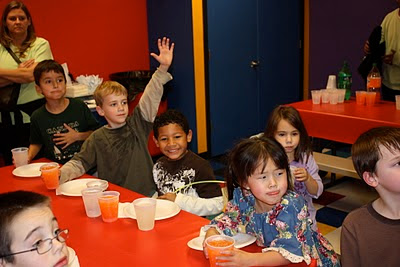 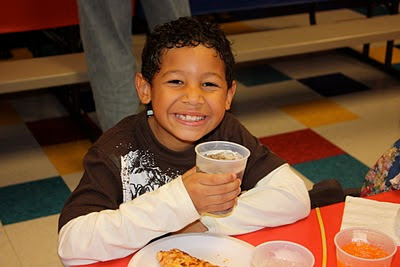 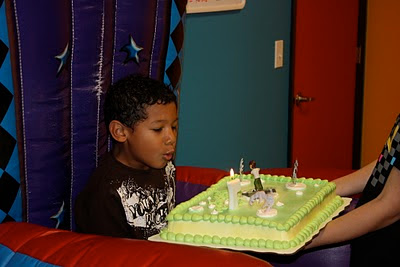 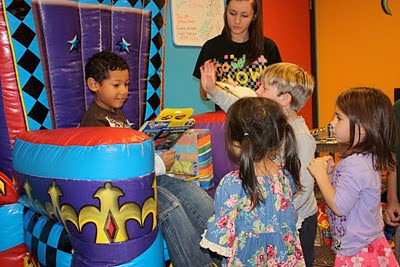