While Emi and I were in Indiana for a week while the boys were at home going to school and work, we went up to Michigan.  My parents have a summer place in southern MI which is about 3 hrs from their house.  In the summer you will find them there from either Thurs or Friday to Sunday or Monday.  As the weather gets warmer, they start taking things up there and getting it ready for the summer.  While we were in town, they decided to take a load of supplies up and show their granddaughter where we've spent part of our summer for quite some time.  The weather wasn't bad, but it wasn't super cooperative either.  It was in the 60's and cloudy with some scattered showers.

Needless to say, Emi loved it.  She couldn't get enough of the place.  We found a toad near the walkway by the deck and she was fascinated by it.  The first time Eriks was shown a toad he went running the other direction screaming like a girl.  It freaked him out and took him a long time to get over it.  Now he thinks they're cool.    So this summer, the kids and I along with my mom will spend about 10 days up there.  It is so peaceful there.  They have a gorgeous view of the lake.  I'm so ready for the trip in July/August. 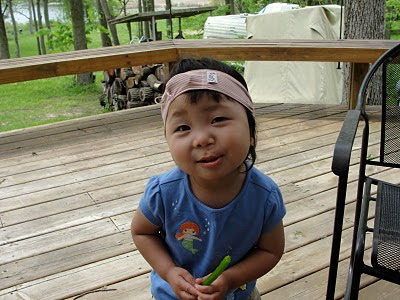 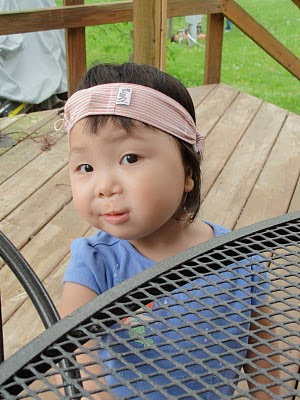 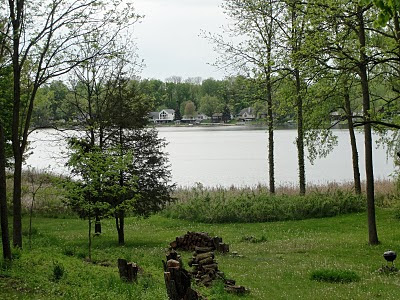 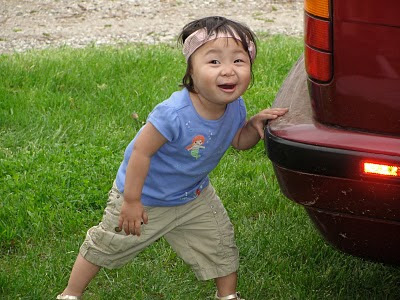 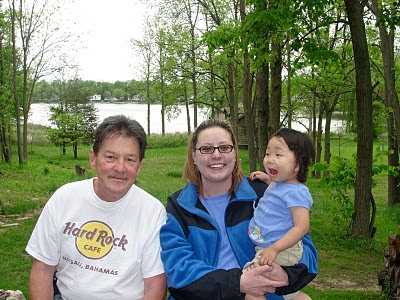 I'm back!!!  Surprised??  I need to blog more often, I know.  I love it but lately with chaos always around the corner it's been increasingly more difficult to find the motivation to do it.  When the kids are in bed, I want nothing more than to fix a drink or a glass of wine and relax instead of do other things including blogging.  And then I end up playing catch up.

It was freezing that night.  Of course a cold front had to come through that afternoon and whip up the wind and drop the temperature.  I went to the concert dressed in a turtleneck, sweatshirt and my winter parka and I still froze.  The temps during the concert were in the low 50's but with the crazy cold wind, it felt like the low 40's.  Not very tropical for a Buffett concert.  I can't believe how many people were in tank tops and shorts.  I was colder just looking at them.  I had a blast even though I was freezing and still getting over my sinus infection.  When I got home that night I was actually running a fever again but it was gone by the morning.  I'm sure being out in the cold weather like that for nearly 5 hours while fighting the infection brought on the fever.

Jimmy was great and can't wait to see him in concert again.  The treat was Jimmy's special guest.  I never thought that I would see Zac Brown walk out on stage.  That was way cool.  I'll admit that it's only been within the past year I started listening to the Zac Brown band but really like the music.  Jimmy and Zac sang one of Zac Brown Band songs (Where the Boat Leaves From) and Zac joined Jimmy for A Pirate Looks at 40 and Margaritaville. 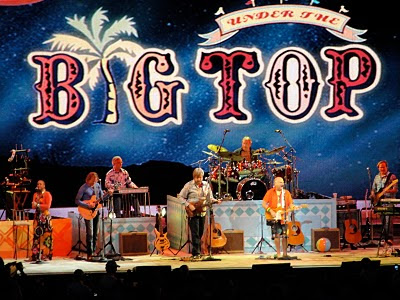 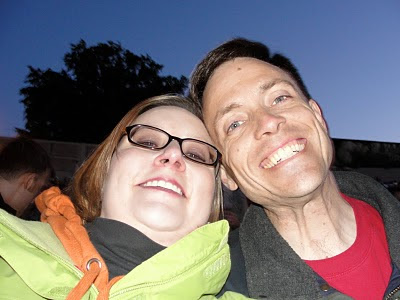 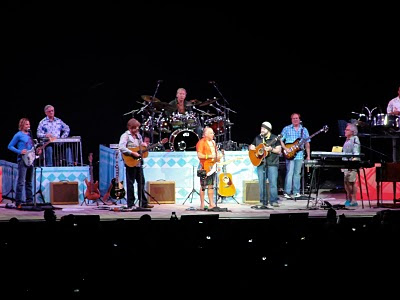 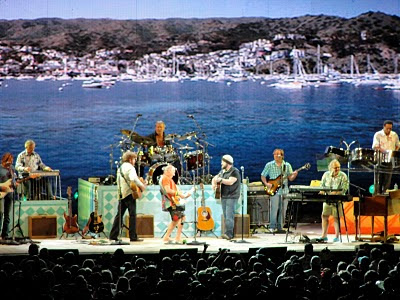 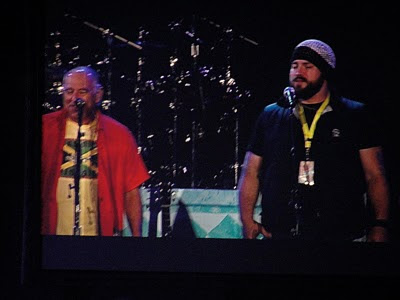 A few days after Jimmy we left for Indiana to attend our niece and goddaughter L's First Communion.  It was a promise that Lane and I made when we accepted the role as her godparents.  I remember the day L was baptized.  I remember holding her in my arms as the priest poured water over her head and baptized her "In the name of the Father, and of the Son, and of the Holy Spirit."  And now 8 years later she was receiving the body and blood of Christ for the first time.  Watching her reminded me of my own First Communion.  This might be hard for non-Catholics to understand what this is like and even harder for me to explain what it's like to actually receive Holy Communion.  Not only did we get to see L at her First Communion, we also saw my cousin's daughter receive her First Holy Communion as well.  After L's First Communion Mass we went to her reception at her house.  Marc and Dzin put on a very lovely party for L.  The food was good and we really enjoyed the company too.  By 8 pm the kids were tired and Emi hadn't napped all day.  She actually crashed in the car on the way home and slept through the night. 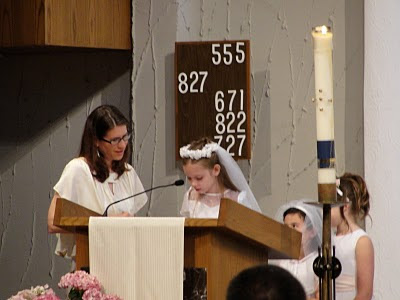 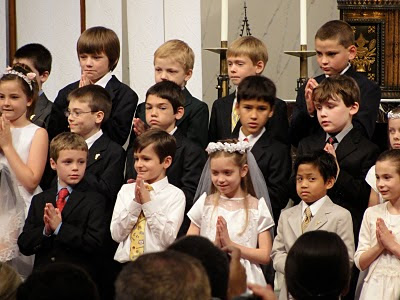 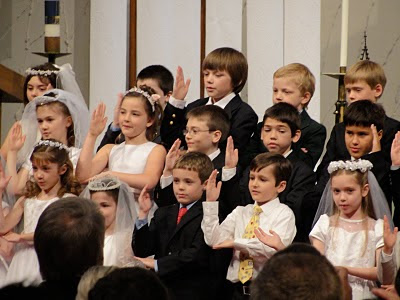 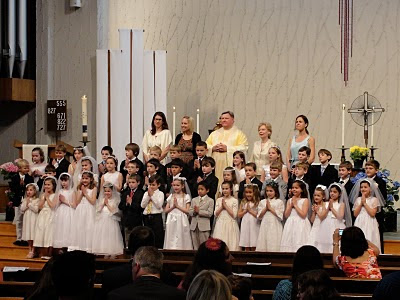 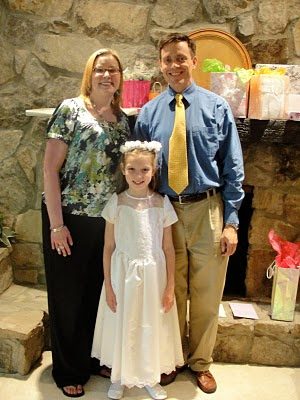 I am alive.  My problem is I've been very busy.  Too busy to blog, to read blogs, to have a life really.  I don't like it one bit.  I've got weeks of pictures that I need to find time to upload too and blog about.  The sinus infection I got in Vegas kicked my behind.  Then I went out of town for over a week, came back and life has been non-stop.  I'm ready for summer and not having to worry about a kid in school or extra-curricular activities.  Luckily soccer ended this past Saturday.  Gymnastics ends next week.  So does school and then we're back on the road again for Memorial Day weekend and an adults only trip to NYC.  My parents are taking time out of their schedules to take care of our kids while we reconnect and get some R&R.

Lots to catch up on but for now I wanted to say hello again.  I am praying that in the next day or two I'll have photos uploaded and stories to tell.