Will Start Catching Up Soon

It's been a VERY hectic 3 weeks that I've just begun to wrap my head around now that life is calming down a bit.  It started out with Eriks birthday party and ended with Christmas.  There's quite a bit that happened in between including a visit from grandparents, loss, our own trip... 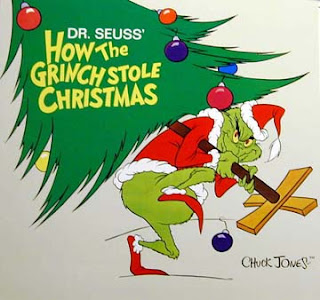 I used to never feel this way.  This is the 3rd year running that I have not been excited for the holidays.  I blame it on the move to Georgia 1 week before Christmas in 2008.  We showed up here around the 16th of December.  The house was filled with boxes that would not be unpacked in a hurry.  As much as I wanted to get unpacked, we had to pack suitcases to go up to Indiana for the holidays.  Even once we got to my parents house the spirit wasn't there.  The past few weeks prior had been a whirlwind of Lane leaving his job in Arkansas, Eriks finishing the semester at his school, packers, movers, etc.  Life was a complete blur.  I was also having a hard time leaving my home.  A home that I actually still own.  It was so warm and inviting.  It smelled fantastic every time I walked in the door.  The walls were painted warm, happy colors.  The house we live in now has this bland doctor's office beige on ALL the walls.  We could have painted but it's not our house.  We rent it and it would mean we'd have to paint the walls back when we move out.  No thank you.  I wish we had had more time to look for a rental but also in the winter, there's not much to pick from so we picked the house that we thought would be the best for us.  The house has some problems that the landlord is in no hurry to take care of - including the roof that leaks above our master bedroom.  The roof needs to be replaced but he's trying to figure out ways to just limp it along.  I don't get that considering the landlord is planning on moving into the house after we move out so I don't know how long he's going to put up with a leaking roof if he doesn't take care of it before we move out.  I've spent the past 2 years trying to make it feel like home but it's not.  It never will be and it hurts that I never could.  We have 6 months left in this house and then life takes us down a whole new road.

At this time last year I found out that the battery in my pacemaker was almost dead and I would have to have a new one put in so right after the New Year I went and had it replaced.  I was worried and couldn't look past the worry and get excited about Christmas.  And I should've been.  My daughter was finally home from China after a long wait.  I had may kids and my husband, what more could I want, right?

This year we've dealt with a lot with Eriks.  We're still waiting for answers and if I talk about it, I'll get angry.  So I will leave it at that.  My pain issues over the past few months have made life on certain days absolutely miserable.  Today is one of those days.  I'm hurting a lot today.  I spent 2 hours waiting to see my doctor on Tuesday to be told, "We'll do some blood work."  Well DUH!!!  I could've told you it would take blood work to figure it out.  I was furious I waited 2 hours and wasted my time.  In the 14 years I have been married to Lane, this is the 1st place I've ever lived and had to wait more than 45 minutes to see doctors.  Seriously, if you have medical issues and you want good health care and short waits, don't move to Atlan.ta.  I have seen specialists at Johns.Hopkins, M@yo Clinic and U.C.Los.Angeles which are 3 of the top medical facilities in the country.  Not a single wait over 30-45 minutes at any of these facilities.  I'm always waiting here.  I end up wasting half my day or more going to the doctor here.  With my pain issues getting things done has been difficult.  When I'm hurting I don't want to do anything.  And we all know how crazy things are this time of the year.  Not only do you have all your normal tasks to complete you have about 1000 more on top of that!

Lane got strep throat almost 2 weeks ago and wouldn't go to the doctor until 5 days after he started complaining about it.  By that time, he had shared it with me and last weekend I spent my Sunday morning at the urgent care clinic rather than at church with my family.  It's going to be awhile before he gets to live this one down since he knows that when I get sick, I get really sick.  That's why it's important to go to doctor ASAP.  I don't need to contract it.

I realize my life as a military spouse is about to come to an end.  Not that I really care.  I think I'm actually feeling relief that my life won't be controlled anymore by Uncle.Sam.  But I'm worried about Lane going to law school.  What if it's not really what he wanted to do or he finds he doesn't like it?  I'm concerned about living on less money and making sure all the bills get paid.  What do we do if after 3 years of law school no one wants to hire Lane?  Lane knows I feel this way.  This is really the only thing about life after the military that scares me.

I was also dealt some blows with a few of our animals this year.  Syd, our 13, almost 14 yr old lab was diagnosed with laryngeal paralysis this fall.  We can't travel without him because it could be so severe that it could kill him.  I don't want him dying in a kennel while I'm off on vacation.  I could never live with myself if that happened.  Luckily the episodes that cause the paralysis aren't happening too often but there could be a day when they do happen frequently.  Then the day before Thanksgiving we got the news that George, my 13 yr old kitty is in the early stages of kidney disease (kidney failure).  We had to put him on this expensive prescription food so his kidneys don't have to work so hard.  The vet is optimistic that he'll live another 3 yrs but there's no guarantee.  We'll have to do routine blood work every 6 months to check his kidney function.  Those of you who know me well know George is my baby.  There are days I love him more than Lane.  I think it has to do with the fact that he doesn't argue back.  I could have the worst day in the world and he'll curl up into my lap and make it a little better.  And he's super weird.  An oddball, just like me.

The tune "Where Are You Christmas?" by Faith.Hill has been running through my head.  So where are you?  Why can't I find you?  This has always been my favorite time of year.  I love Christmas more than my birthday.  I'm praying that next year my Christmas spirit will be back in full swing.  I'm hoping the move does me good.  I will miss those who I met and became friends with here but it's not home.  My heart doesn't live here.  I'm hoping it lives in Indiana.
Posted by Liene at 12/10/2010 01:05:00 PM 4 comments: