Lane and I took an adults only trip to New York City 2 weeks ago.  It was HEAVEN!!  We took it easy for most of the trip and didn't run ourselves ragged all over the city.  We'll just have to see other stuff the next time we go back which for me won't be soon enough.  I've always loved NYC.  I LOVE, LOVE, LOVE Broadway.  I could sit in a theater there every single night of the week and not get bored.  There are shows I know I could see over and over again.  Unfortunately, my pocketbook would disagree with that since it is expensive!

So we flew into LaGuardia Monday the 31st of May in the afternoon.  We got to our hotel in Times Square and decided to spend at least an hour unwinding.  We then decided to walk around Times Square and get a bite to eat.  Ended up at  TGIFridays.  Nothing exciting but oh well.  It was food and at that point that's exactly what we needed.

We were out and about in Times Square until about 12:30 am.  We stopped again at around 9:30 to have dinner at the ESPN zone and watch the Chicago Blackhawks game (they won that game - yes!)

Tuesday morning started out with a trip to the big Toys R Us store in Times Square to get some goodies for the kids.  The nice thing about it was that it was right next door to our hotel.  So after some shopping there Lane ran our purchases back up to our room and we set out again.  This time it was from our hotel down to Macy's at Herald Square.  It was about 10 blocks or so.  This is by far the biggest department store I've been in.  It's 7 stories tall and takes up an entire block.  It literally would have taken me hours and hours to cover every floor.  But I didn't do that.  I looked for shoes and found nothing.  Bummer.  I however did find Emi a very cute Guess outfit for next summer on clearance.  Unfortunately, Macy's was in the process of changing out their windows so the shades were drawn but in May they had cars borrowed from the Indianapolis Motor Speedway Museum on display in the windows and in the stores.  You could see Indy 500 car tires below the shades in the windows and they still had cars parked inside the store.  It was kind of cool since only 2 days before we were at the Speedway watching the race.

After Macy's we found a deli to have lunch and had some great sandwiches.  Thus far, I have never had a bad deli sandwich in NYC.  You can walk into pretty much any deli and get a good sandwich.  So after finding some lunch, we continued on to the Empire State Building.  We went inside the lobby but did not go up to the top.  I had heard that especially in the summer it is extremely busy and crowded and the wait just to go up to the top can be very long.  Lane and I decided that if we wanted a view of NYC from somewhere high above, we were going to go somewhere else for the view.  On the way back to our hotel we stopped at the NYC Public Library.  Lane wanted to stop so he could see the big lions outside.  That was the only reason.  They were cool though so it was worth the stop.

We got back late in the afternoon and after being out in the heat most of the day, I decided I need to kick my feet up for the night so Lane ran to a pizzeria and grabbed us some slices.  My ankles and feet were severely swollen and I just needed to get off them.  I'll cover day 3 & 4 in my next post! 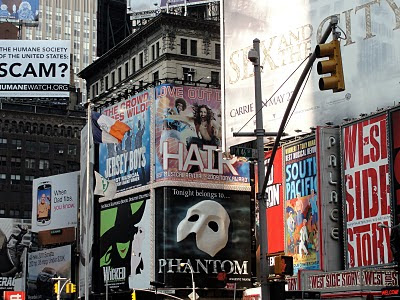 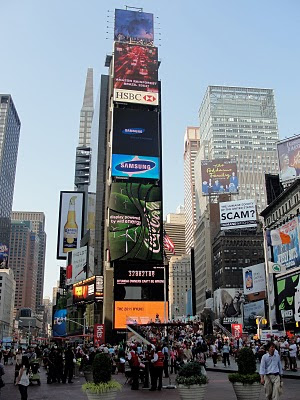 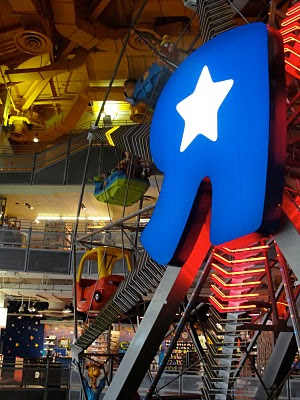 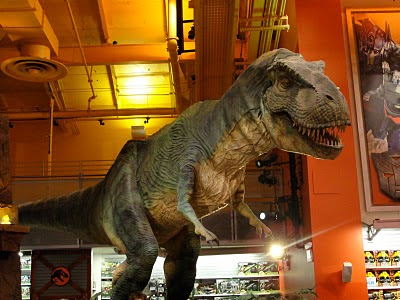 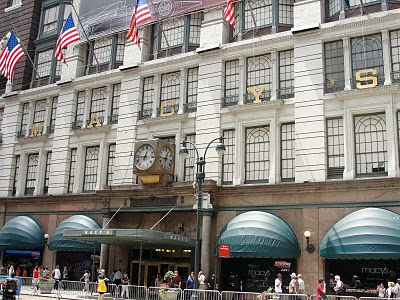 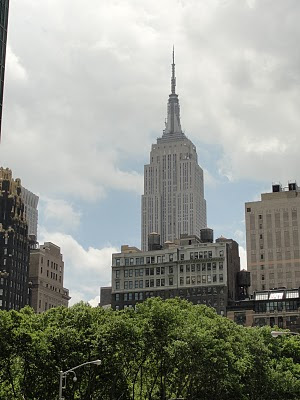 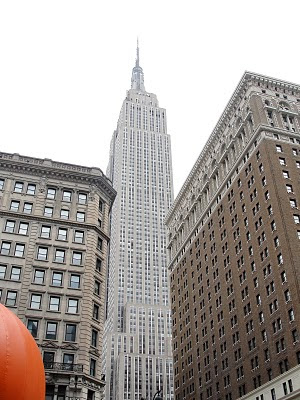 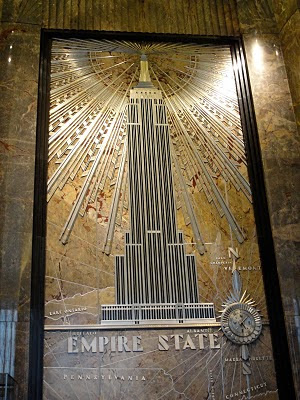 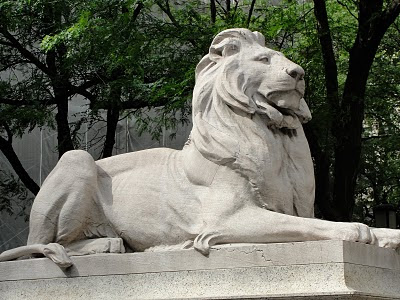