Fourth of July (Lots of Photos)

Lane, Emi and I just got back into town last night after a short, 2 day, whirlwind trip to Milwaukee and then Michigan.  Eriks is still in Michigan with my sister and dad.  We left very early Friday morning and I was busy packing and getting the house straightened before we left all day Thursday so there was no time to post.

So on the 4th, Eriks took off for Milwaukee with my parents for the Latvian Song & Dance festival.  So for the next 2 days it was just going to be Lane, Emi and me.  It was already blistering hot but we decided we were going to see the 4th of July parade that our growing suburb does every year.  Even when I lived here before I got married, I never went to the parade.  So it was going to be a 1st for all of us.  Luckily, we parked in the lot at a church along the parade route and close to the street there were huge trees that gave us shade and kept us cool for most of the parade.  It was still hot, but thankfully we weren't as hot as those people who were sitting in the sun.  The parade lasted about an hour.  We got to see marching bands, various organizations, etc.  Emi even got candy as those who were in the parade gave it out along the parade route.  Towards the end, Emi was hot and getting impatient so we left not long before it ended and that was OK.  We avoided traffic and that was the best part. 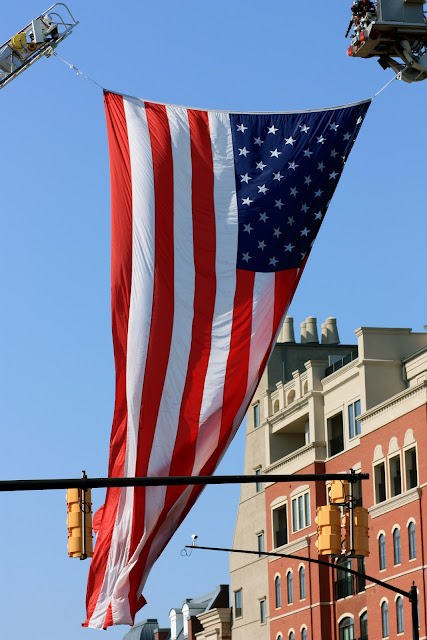 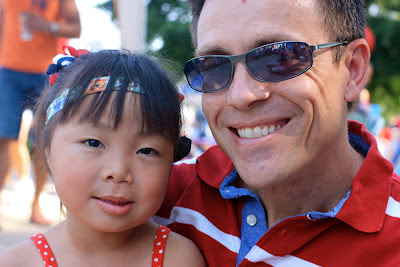 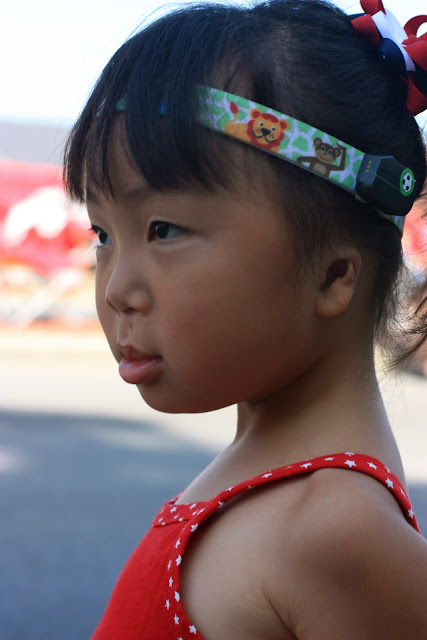 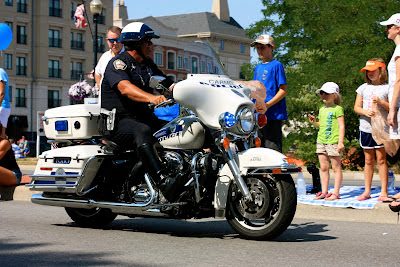 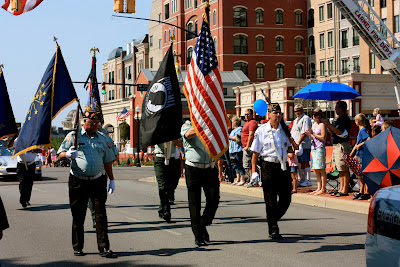 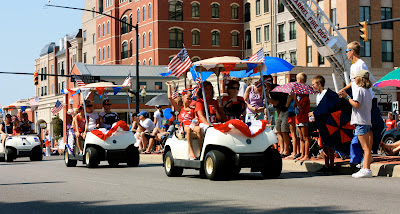 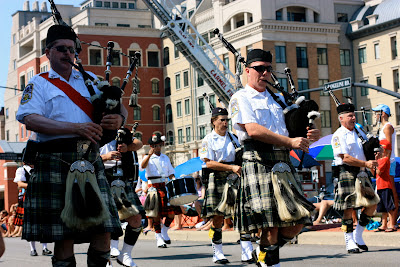 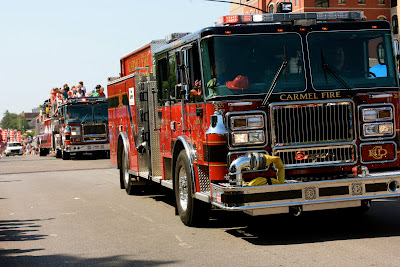 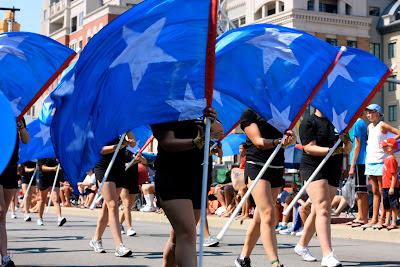 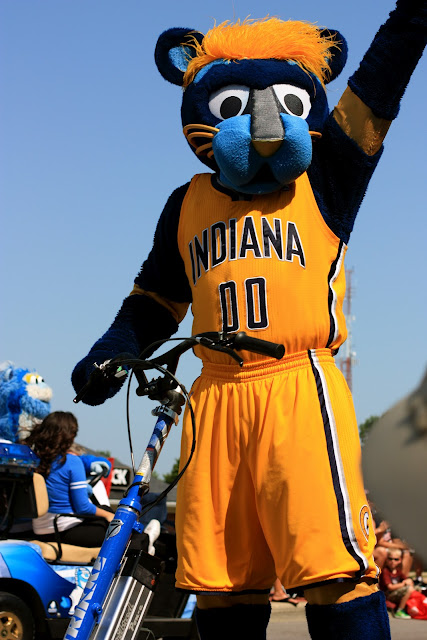 That evening we went back to watch the fireworks.  It was still miserably hot but at least the sun had set so it felt cooler.  I think a lot of people decided to skip the fireworks because of the heat.  In years past when we've gone to watch them, the main drag of town where people set up to watch them has always been packed and parking hard to find.  This year, we had no problem finding a place to park and found a great area to watch fireworks from.  Even getting out the traffic wasn't bad.  Emi enjoyed the fireworks too.  Although after awhile she started to get bored and tired so she was climbing in and out of Lane's lap. 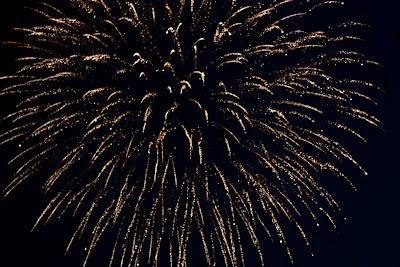 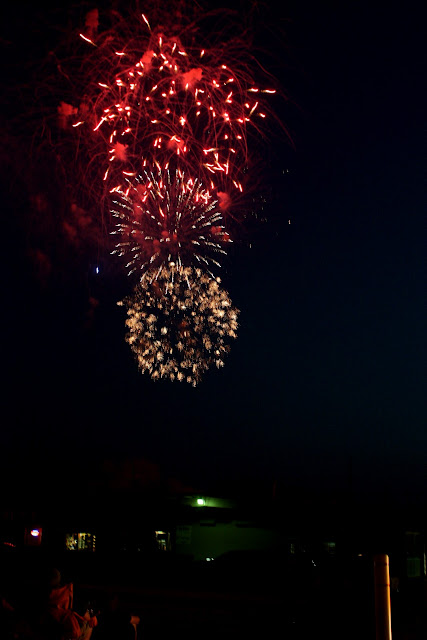 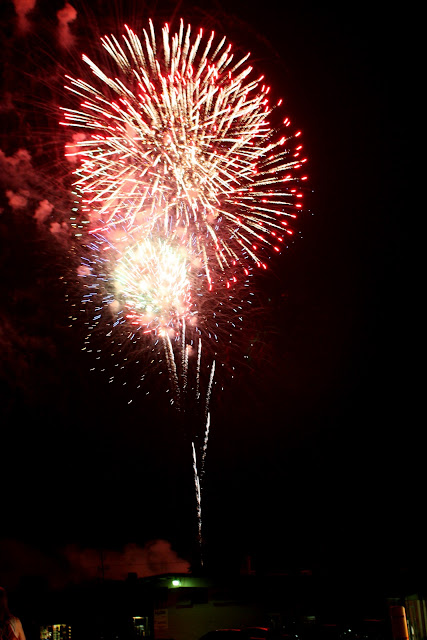 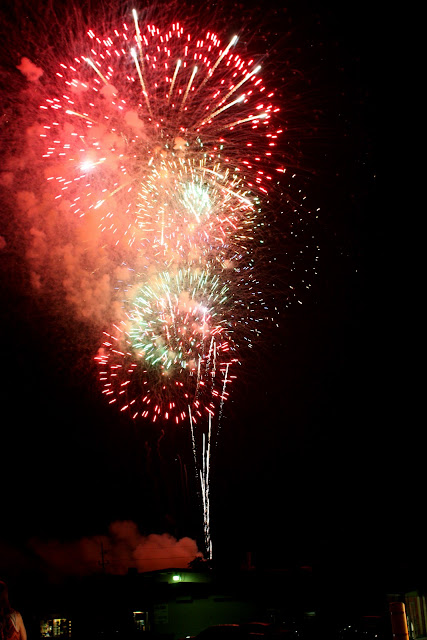 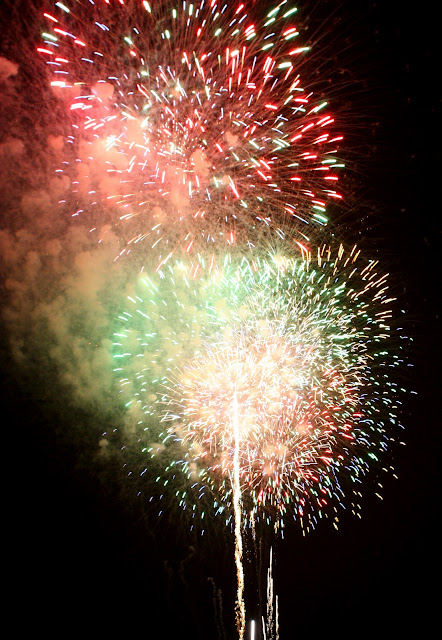 I'll post about our quick trip to Milwaukee in the next few days.  I'm going in tonight to have a sleep study done and not sure if I'll have the energy to do it tomorrow since I'll be coming home between 5 and 6 am.  I'll probably come home and go straight back to sleep.  I still haven't uploaded or edited any of the photos either.
Posted by Liene at 7/09/2012 01:47:00 PM