We put our Christmas decorations up yesterday so the house is decked for the holidays.  We're still working on uploading the video so for now, I'll show pictures and review our trip.

We got to WDW about 5:30 on Wednesday night.  Luckily we had nothing planned other than dinner at O'Hana at the Polynesian Resort.  It's a beautiful resort and enjoyed our stay there.  The dinner was delicious and before dinner while we were waiting for our table, I had my first ever mojito.  It was pretty good, but I'm sure there are better ones out there.  Dinner was delish.  We were stuffed and the best part - dessert!!!  The dessert is coconut bread pudding served ala mode with carmel bananas foster sauce.  This is to die for good!! 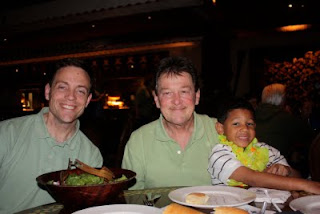 Our 1st day was spent at Disney Hollywood Studios.  This was the only day we spent here so we wanted to get it all in.  The two favorite parts of the day - riding the new Toy Story Mania ride and seeing the Osborne Spectacle of Dancing Lights.  Both were totally amazing.  The kids really enjoyed it too.  I don't think Emi really knew what to think of the whole thing, but Eriks was in heaven. 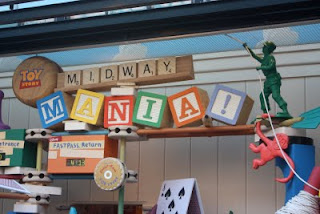 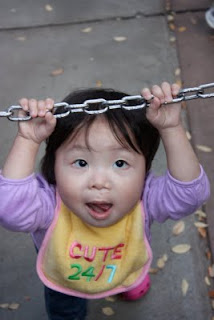 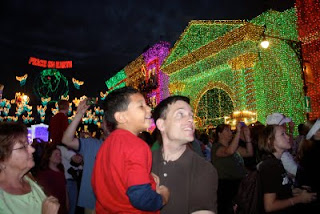 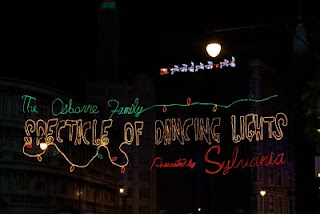 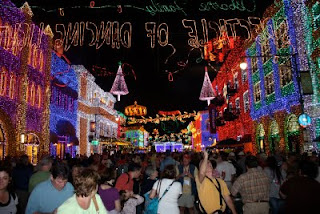 We capped off the night with dinner at the Grand Floridian resort at 1900 Park Fare with the characters from Cinderella.  The dinner buffet was really good and Cinderella's step-sisters were hilarious. 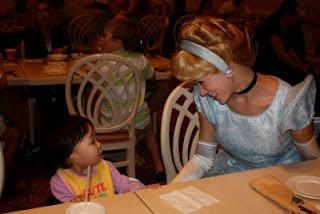 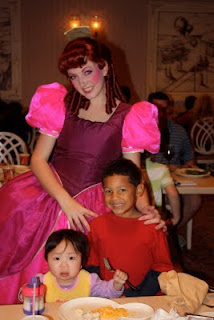 My dad left dinner early due to not feeling well and spend the next 24 hours in bed sick.  It worked out well because the next day the weather was horrible.  It rained so we went to Downtown Disney to do lots of shopping while my dad slept off the 24 hr bug he had.  I bought some Disney ornaments for our Christmas tree, some kitchen stuff, a Dooney & Bourke Disney wristlet (so cute and I'll take a photo to show it off in the future), stuff for the kids.  We were loaded with bags headed to the resort bus when the afternoon was done.  We had dinner at the Poly again at their other restaurant, Kona.  It too was very good and worth a return in the future.  My dad got a dessert called a Coconut Kiki Tart that was sublime.  We shared desserts and he was kind enough to let me have about a 1/3rd of his.  Wish I had chosen that instead.

Hoping that tomorrow I'll be able to review day 3 of our trip.  Tomorrow is Emi's readoption hearing so that we can work on getting her US citizenship since I didn't travel to China.  I also have gifts to wrap and prepare for shipping to the family in San Antonio.  It's a busy week with this being the last week of school before break.
Posted by Liene at 12/13/2009 09:47:00 PM