Time to wrap up our Disney adventure.  We spent our final full day in WDW at the Magic.Kingdom.  We weren't there the whole day.  We did the park in the morning, went back to the resort for the afternoon and then went back and nearly closed out the park when we left about 11:30 pm.

We started the day with breakfast at Chef Mickey's.  I used to love this place for breakfast but this time I was extremely disappointed.  The kids however, loved it.  What made this trip to Mickey's not so good was not the food, although for what we paid, it should've been better but it was a lot of other little things.  First, we were seated in an area of the restaurant that was freezing cold.  Second, we had a horrible server.  It took forever for me to get the Diet.Coke I requested.  I had to get up to use the restroom and when I came back, the server had cleared my plate.  The plate that was still half-full.  She didn't even bother asking Lane if I was finished.  She just took my food.  I was ticked to say the least because I didn't want to get up and stand in line all over again.  Towards the end of breakfast, Emi decided she had to go potty and Lane took her.  After my plate clearing incident Lane said, "Don't let her take my plate."  Well when she came around, she actually asked if she could take Lane's plate.  I told her he was still working on it.  Two minutes later she came back again and asked.  I told her no.  Seriously!  You just came by and asked.  Lane was still with Emi and I got busy with Eriks.  The next time I looked up, his plate was gone!  I recounted the tale to Lane when he got back with Emi and he was not happy.  Needless to say, I don't see a return trip to this restaurant in the future.  Huge disappointment.  I did get some great shots of the kids with the characters. 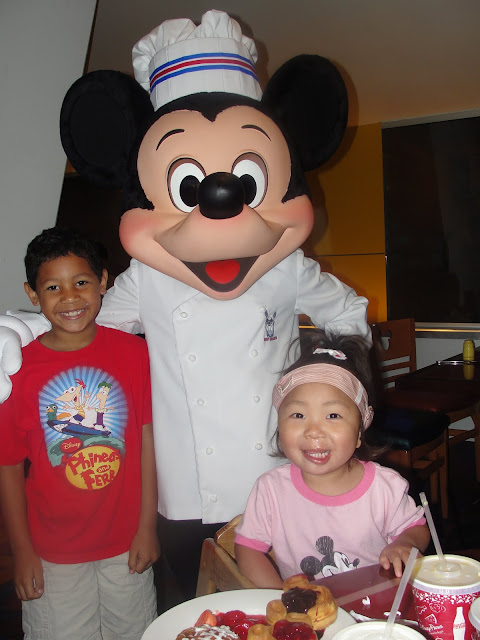 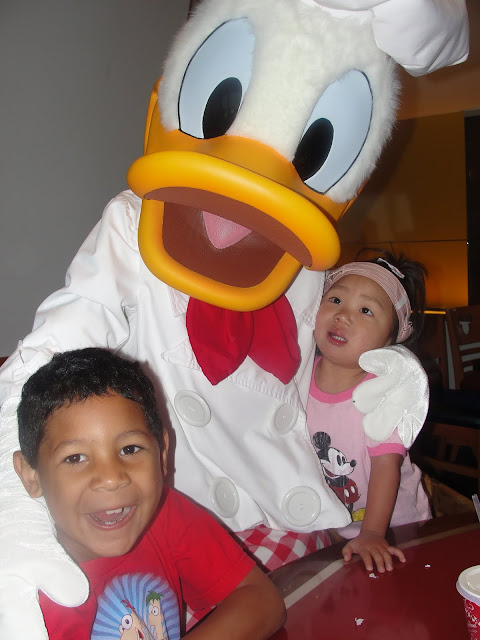 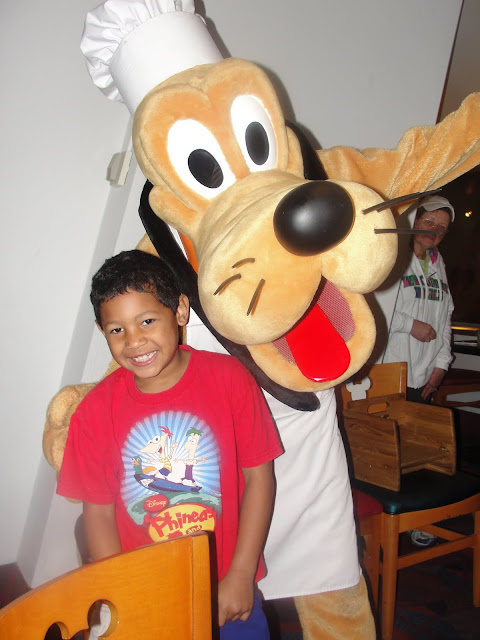 With bellies full, we headed to the park.  We rode the train around the park.  Emi fell in love with trains on this trip.  She couldn't get enough of the monorail so getting on the train and riding around the whole park was awesome for her.  I'm sure she could've ridden the train all day. 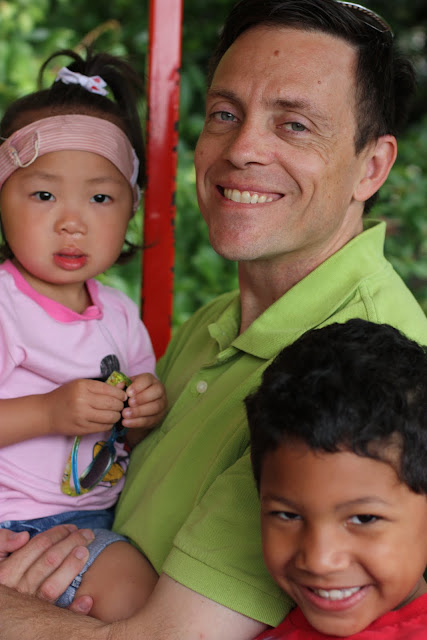 We briefly caught up with our BIL & SIL who were there with my SIL's mom & SIL's younger sister and her family.  It would've been great spending time with them but they were wrapped up in chaos of their own with a party of 12 going all over the park.  The older kids were on a mission and the parents were at their mercy. 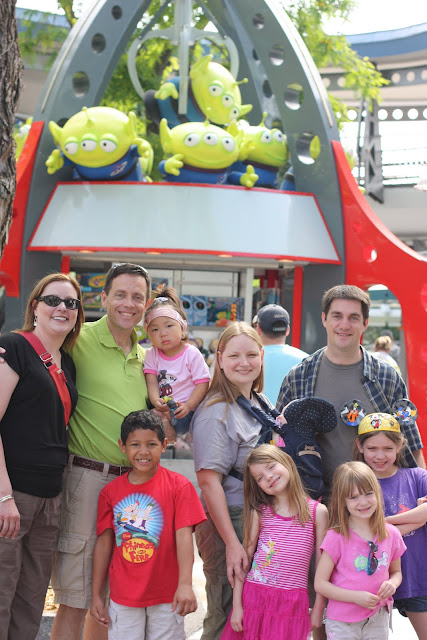 After splitting from Lane's brother and his gang, we took the kids on a bunch of rides.  We wanted to try and do what we could before heading back to the room for the afternoon.  The kids got to meet Rabbit from Alice_in_Wonderland.  I got one of the best pictures.  It was so sweet and Emi couldn't get over signing and saying, "rabbit," about a bazillion times. 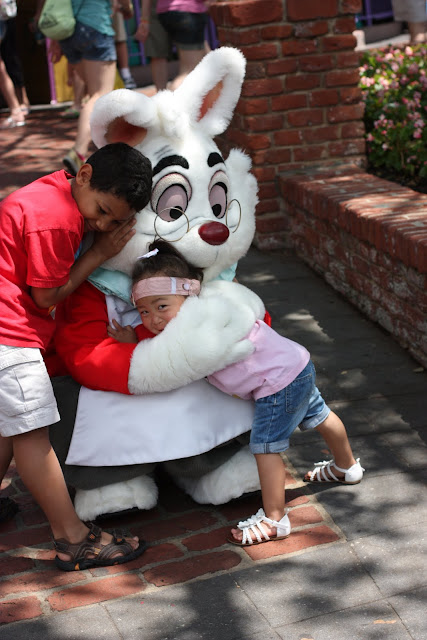 About 6 pm, after dinner, we headed back to the park to ride more rides and watch the Electric_Light_Parade.  The near sunset that we saw after heading back into the park was beautiful and I couldn't help but take a photo. 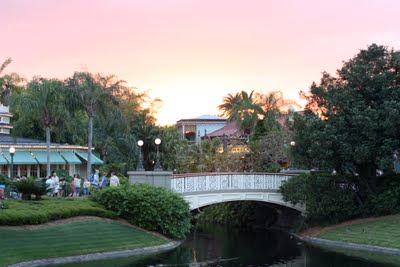 The nice thing about going back to the park in the evening is that although it's still busy, it's not as busy as it was during the day.  The other nice thing is that it starts to cool off and it's not as hot.  The wait for the rides is shorter.  We got to ride a ton more rides than during the day.  We got to ride even more while everyone was watching the first parade and the fireworks.  We did catch the end of the fireworks as we were going to start scouting a place to watch the parade. 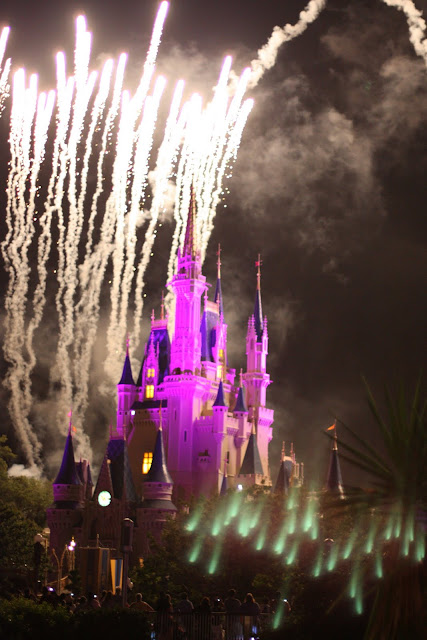 Here are a few photos from the parade. 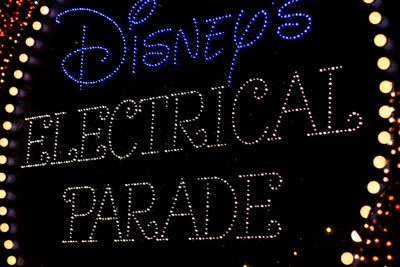 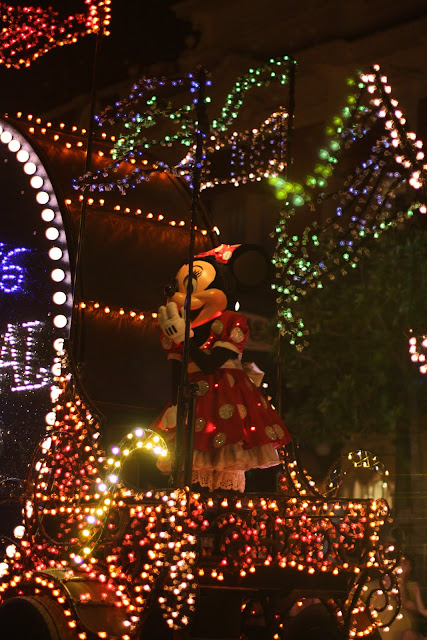 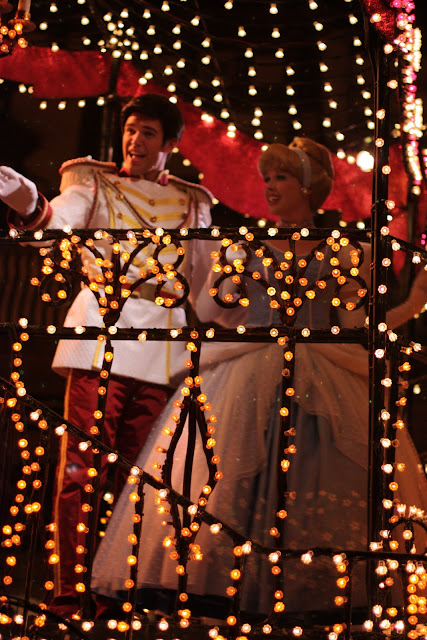 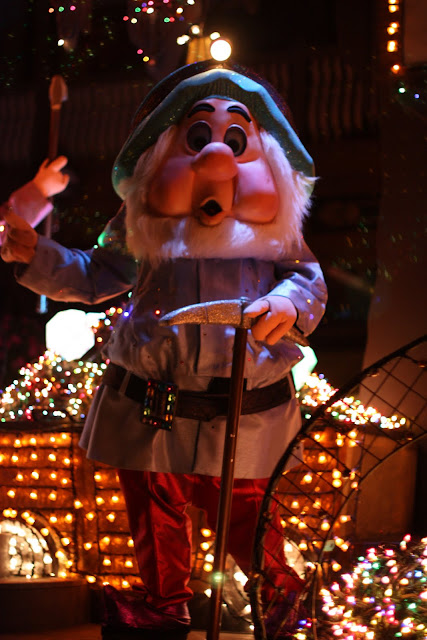 Emi actually crashed before the parade so she missed the whole thing.  Eriks really enjoyed it but he was so tired afterward.  When we got them back to the room, they both crashed hard.

The next morning we had some time before check out and decided to enjoy the pool for a few hours.  The afternoon before we packed up most of our stuff so we would have the morning to let the kids have a little bit more pool time.  We definitely have water babies and the kids will likely spend every sunny and warm day this summer in my parents pool.  We could not get them out of the water.  We finally did get them out and went back to the room to change and check out. 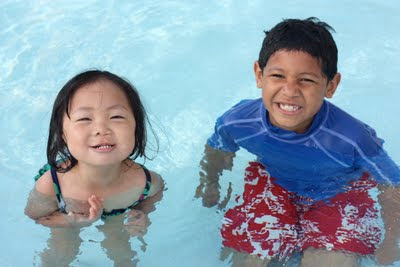 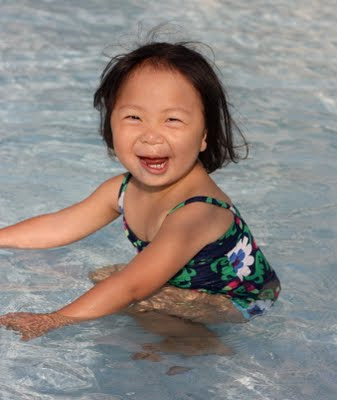 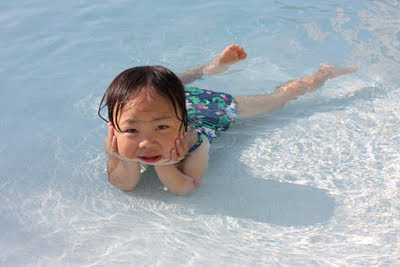 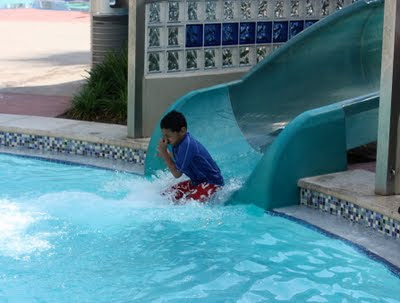 Well, that's it in a nutshell.  Trip was fabulous but we are going to lay off Di$ney for awhile.  At least trips with the kids.  It's fun but very draining and I'm ready to spend more vacations at the beach chillaxing!
Posted by Liene at 5/09/2011 12:52:00 PM