Emi and I just got back from a girls' trip to Dallas.  Lane's sister and her husband adopted their son, M in March and I had yet to meet him.  They also moved into a new home last year that I had yet to visit.  So we left the boys at home and jetted to the Big D.

It was a very busy visit but I enjoyed every minute of it.  The temps in Dallas were unseasonably cool.  Only in the low to mid 80's.  Usually this time of year it's still hovering around 90.  Our 1st day there we headed off to the Texas State Fair.  This was Emi's 1st time at the fair.  Period.  She had a blast.  If you've never been to the Texas State Fair it is HUGE to say the least.  It is an all day excursion.  Marla and I tried a fried margarita.  It wasn't as good as we expected.  It was pretty much a strong margarita poured over a fried piece of dough.  We thought maybe it was going to be some margarita flavored dough that was fried but it wasn't.  I would've been happy with the margarita without the dough in it.

Emi loved everything that was going on.  Unfortunately there weren't that many animals left at the fair as the judging was pretty much over and people had taken their livestock home.  That was a huge bummer.  But Emi loved seeing Elsie the cow and her baby Beau.

Emi and M both crashed on the drive back to the house from the fair.  They had a good time. 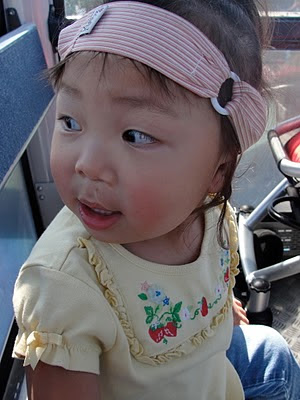 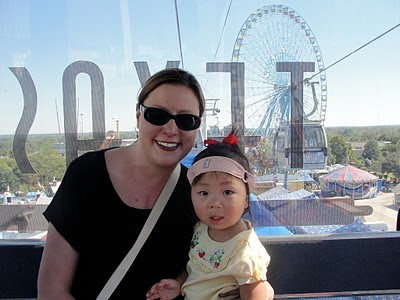 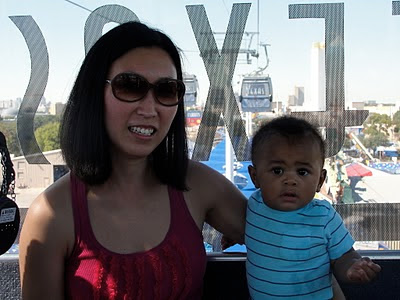 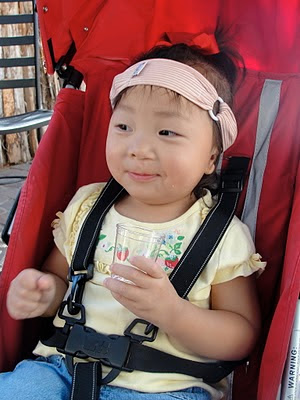