This was Emi's very first 4th of July not only here in the U.S. but also as a citizen.  We laid low around the house most of the day and weren't really sure if we were going to go watch fireworks anywhere.  The prospect of finding parking and dealing with the crowds wasn't super appealing.  However, in the end, we decided what the heck.  This was going to be our final 4th of July here in GA.  This time next year, we'll be calling Indianapolis "Home Sweet Home."

After having dinner at McDonald's (not our 1st choice but most of the places we wanted to eat decided they were going to be closed for the 4th), we drove over to Acworth and proceeded to walk from near downtown to Lake Acworth to watch the fireworks.

There were a ton of people there but it wasn't as crazy as I thought.  They had a band playing some pretty good music so we were having fun on our blanket as we waited for the show to start.  Eriks and Emi did a bit of running around and playing.  The lady sitting behind us gave the kids small American flags to wave.  Pretty soon it got dark and they shot off one firework about 5 minutes until showtime.  What was funny about this is that a few blankets over from us this guy was laying down and had obviously dozed off.  Upon hearing the one ka-boom, we hear from the guy, "FIREWORKS!!!  Holy Sh*t!!"  When Lane heard the outburst he started laughing and continued laughing for about the next 2 minutes.  I don't really know why he thought the guys reaction was so dang funny but he did.  I started laughing at Lane.

The show was pretty good.  Not the best fireworks I've seen but still entertaining and worth keeping the kids up late for.  We trekked back to the car and luckily dealt with no traffic because all the cars leaving were going the other direction!  Score!!  Put the kids to bed and had a beer.

Hope you all had a great 4th of July!! 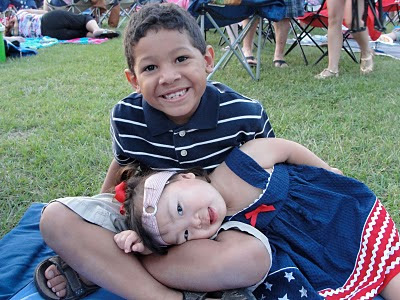 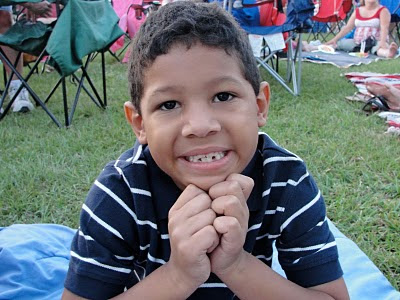 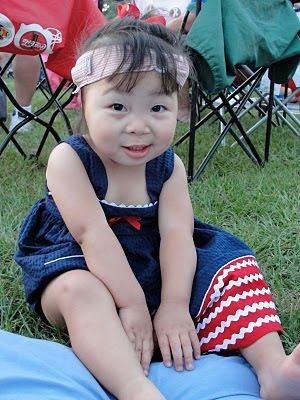 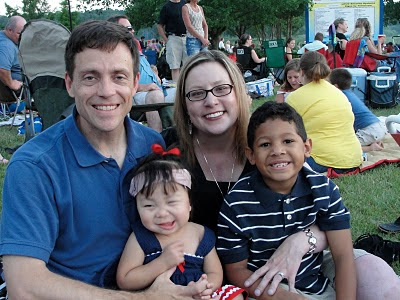 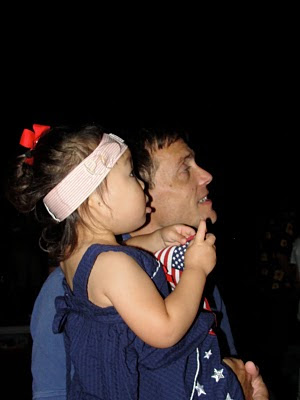 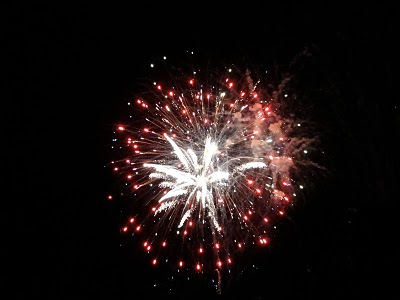 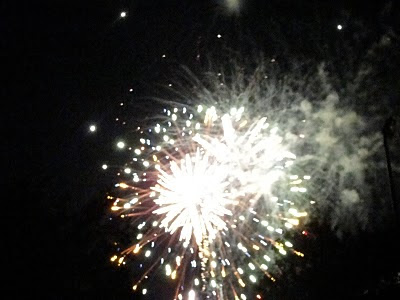