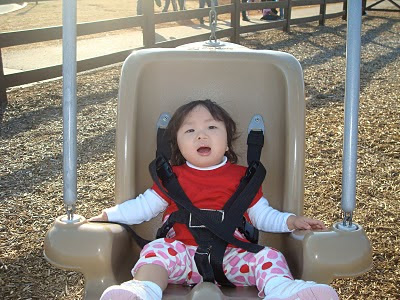 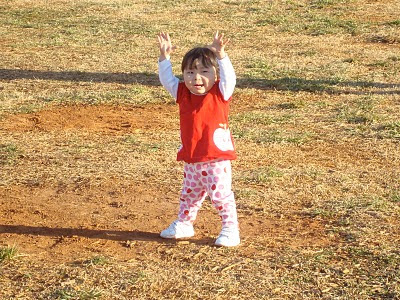 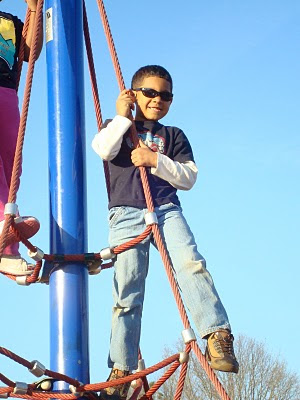 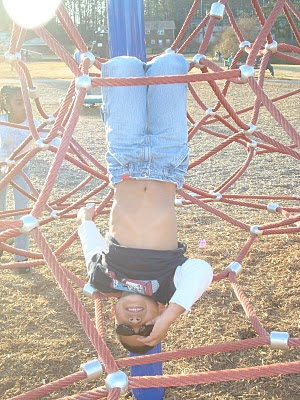 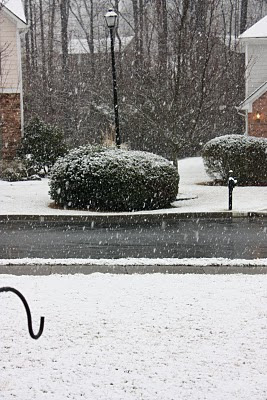 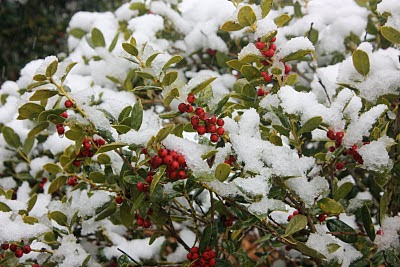 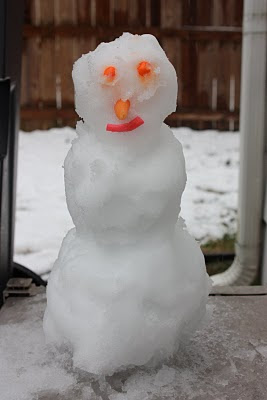 I made the mini-snowman on our hose reel.  Yes, he's armless but we have no trees in our backyard and I couldn't come up with anything to use instead.  His eyes are skittles.  The nose is a mini carrot and the mouth is part of a piece of taffy.  The dogs found him and skillfully ate the nose and mouth without knocking him over.  Not sure he'll still be standing in the morning though.  How could I not make him?  This might be the last snow of the season and I have to make at least 1 snowman when it snows!!
Posted by Liene at 3/02/2010 08:33:00 PM