I know, I know, I know.  It's been forever since I've blogged.  Life has been busy and really haven't had anything interesting to blog about.  It took me forever to get over whatever illness I contracted in mid-February.  It's only been about a week or so that I've felt OK.  Unfortunately, Emi now has a cold and about every 2 minutes I'm wiping her nose.  I hope for her it is a VERY short term thing.

As I said in my last blog post, the weather has been crazy weird.  We slowly creep up into the upper 60's and then we drop back into the 40's or low 50's for highs.  This is definitely not the same Spring weather we had here last year.  I'm way over it.  I really would like to get a pedicure but there really hasn't been any sandal/flip-flop weather so to speak of.  Grrr...

Last Friday was the 1 yr anniversary of when we were matched with Emi and I plumb forgot!!  How horrible of a mom am I that I forgot the anniversary of when I saw my sweet girl's face.  In my defense though, on Wednesday I had a cardiology appt, Thursday we were crazy busy with soccer practice and other things and Friday, Emi had a check-up with the craniofacial team and I had a girl's night out that evening.  It's still hard to believe that a year has gone by since we were matched with Emi.  It certainly doesn't feel that way.

Eriks had his 1st soccer game this season on Saturday morning.  The sun was shining but the wind was awfully strong and cold.  I wish I had hot coffee with me that morning!  Unfortunately his team lost 4-1.  The team they were playing was better.  They were definitely more coordinated.  Hopefully this Saturday he'll have a win to celebrate.  It's ironic that his team colors are maroon & white.  Many of you will know those are the same colors that are on the Latvian flag.  I think it's pretty cool.

In other news, Lane and I have a new nephew and Eriks & Emi have a new cousin.  Lane's sister, Marla along with her husband Corey adopted a sweet little baby boy whom they named, Mason.  He was born on March 17th, aka. St. Patrick's Day and they took him home that Friday.  He is so very, very cute.  We are very happy for them.  I'm hoping that I get to meet him at the beginning of May.

Spring Break starts on Thursday at 12:15.  We're not going anywhere this year.  Although I would love to get back to FL - sunshine and beach.  Next year for sure we will head to the beach.  We have a few things planned for next week.  Hopefully the kids won't drive me completely crazy.

Here are some photos of Emi playing with sorting blocks and Eriks at his 1st soccer game.  And yes, in the 1st photo Emi is winking.  She loves doing it. 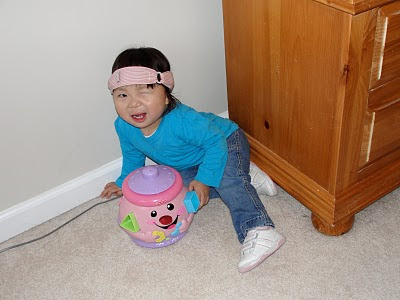 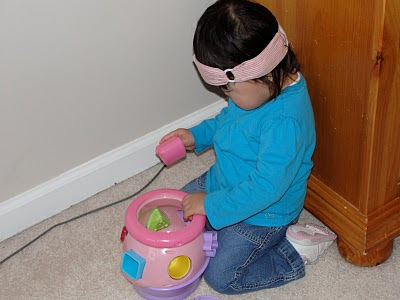 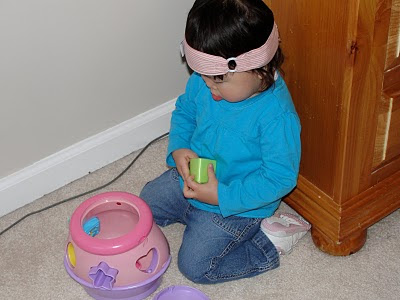 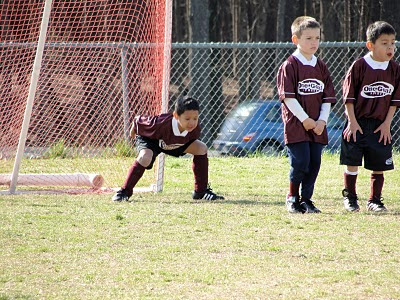 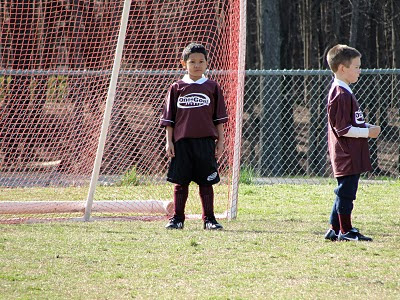 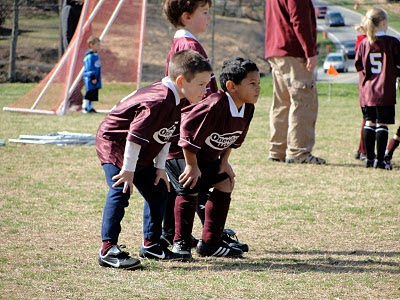